Cyclone Amphan, India and Bangladesh, May 2020

The powerful cyclone Amphan made landfall along India’s eastern coastline in West Bengal, near the border of Bangladesh, on Wednesday, May 20, 2020. Parts of West Bengal and Odisha states in India, and areas in south west Bangladesh, bore the brunt, with winds gusting up to 185 kmph. Heavy winds and storm surge lashed the region, damaging and destroying homes and knocking out power to the much of area. The cyclone event is being forecast to be of high humanitarian impact based on the maximum sustained wind speed, exposed population and vulnerability of population and assets in its path. The eastern Indian city of Kolkata has been particularly hit hard with thousands of trees uprooted in the high velocity winds, electricity and telephone lines brought down, and houses destroyed. Many of Kolkata’s streets are flooded and large sections of the city experienced power outages. The powerful cyclone has killed at least 84 people across India and Bangladesh. 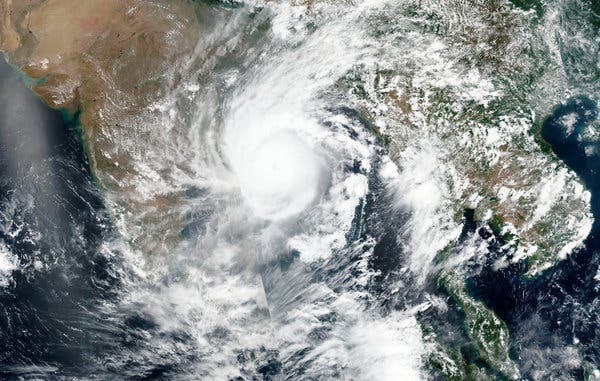